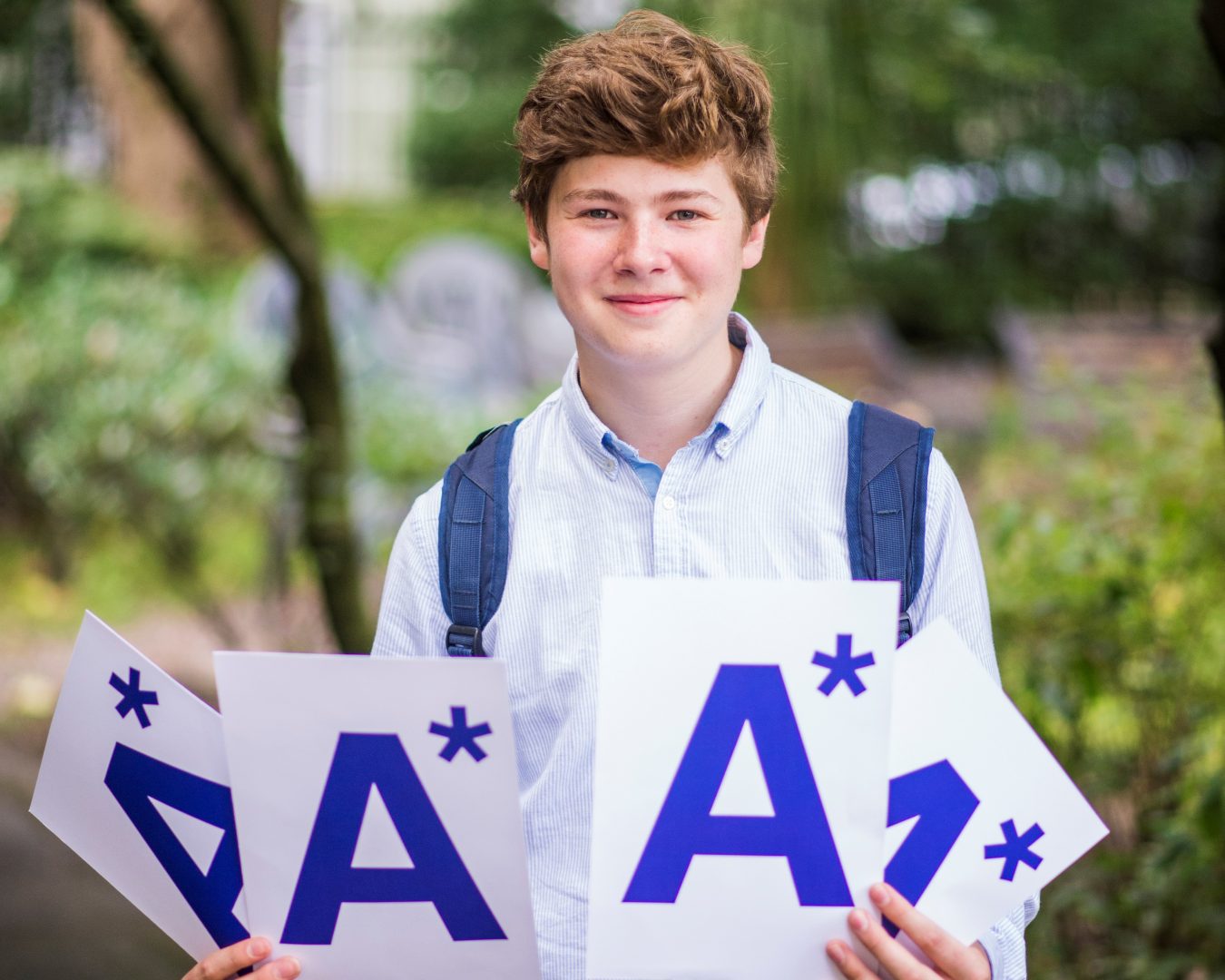 Students from North Bridge House Senior Hampstead and Senior Canonbury are together celebrating excellent GCSE results with an impressive total of 22 new top Grade 9s across Maths, English Language and English Literature – 8% of all NBH grades in these subjects, compared to 2.9% nationally. One student achieved three 9s – one of only 2,000 students in England!

Once again, North Bridge House Senior Hampstead students have performed strongly in Maths and English, with 53% of students gaining 7, 8 or 9 grades (a strong A or above) in Maths, compared to 19.2% nationally.

In fact, an incredible 13% of NBH Hampstead students achieved grade 9 (the equivalent of an A**) in Maths and 11% in English Literature, outshining the national averages of 3.5% and 3.2% respectively.

The school also has a reputation for its creativity and continues to perform at an exceptionally high standard in subjects like Photography, where 73% of all grades this year have been A*-A.

North Bridge House Senior Hampstead prides itself on its ability to celebrate the individual, and this is evidenced in how well students have done across a variety of subject combinations.

Head girl, Dua Haseeb, was delighted with her results, gaining two A*s and three A grades in subjects ranging from Drama to Food Technology. She also achieved a 9 in English Language and an 8 in Maths.

Ben McGinnity, Deputy Head Boy was equally as pleased, gaining three A*s in History, Drama and Photography, alongside a 9 in English Language and an 8 in Maths.

Art Zabergja particularly excelled, gaining four A*s and one A grade, as well as an 8 in English Language and two 9 grades in English Literature and Maths.

“It is a pleasure to celebrate with our students and staff who have worked so hard to achieve these fantastic results. My congratulations go to all of our GCSE students and I wish them every success as they take their next steps into A Levels and beyond.”

NBH Canonbury: 100% A* grades in Mandarin and overall remarkable success in languages

North Bridge House Senior Canonbury celebrated its first set of GCSE results since opening in 2014 with an impressive 42% A*-A grades. In Maths, 44% of students achieved the equivalent of an A or above, gaining Grade 7 or higher and 43% achieved the same in English Language, with 6 new top Grade 9s awarded across the cohort.

Francesco De Batte particularly excelled, gaining a full set of A* grades across Spanish, Italian, Biology, Chemistry, Mandarin, Computer Science, French, Geography and Physics, and three 9s in the newly-graded core subjects. This makes him one of only 2,000 students in England to get 9s in English, English Literature and Maths, the top possible in the new system! Francesco said:

“I really didn’t expect this outcome with the new grading system – I am so pleased!”

Notably, NBH Canonbury students performed exceptionally well in languages, especially with a clean sweep of A & A*s in Spanish and Mandarin. All three students taking GCSE Mandarin have done incredibly well as non-native speakers, each achieving an A* in the subject!

The languages department triumphed as a whole seeing 61% A*-A grades across French, Spanish, German and Mandarin, with 29% of those grades being A*.

Growing the school’s reputation for excellence in the arts, Canonbury students achieved 100% A*-B in Art and 50% A*-A in Drama.

Georgia Prentice was delighted with her results, gaining A*s in Drama, History and Physics and As in Biology and Chemistry, as well as a 9 in English Literature and 8s in English Language and Maths.

“I am delighted with what we have achieved today in our first set of GCSE results here at Canonbury. It is down to the dedication of our passionate teaching staff and the hard work of our students that we have seen such impressive outcomes. I very much look forward to welcoming many of our students back to Canonbury this September to commence their A Level studies.”

North Bridge House Canonbury is still welcoming Year 12 applications for September and is this week dedicating its admissions line to families enquiring about A-level study at the Outstanding Sixth Form, as well as running a special GCSE Results Day Drop-In from 4pm on Thursday 24 August for late applicants. To find out more about the school’s distinct approach to understanding teens and maximising their A-level potential, call now on 020 7428 1520 or email Andrew.sewell@northbridgehouse.com.