Our Schools
Menu
Home A Lesson Fit For A King

A Lesson Fit For A King 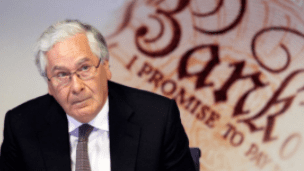 On 26th November, Senior Canonbury Sixth Form Economics students attended an evening lecture held by the Institute of International Monetary Research. The keynote speaker? None other than the former Governor of the Bank of England and now prominent member of the House of Lords, Mervyn King.

Along with the other Economics students, I had the pleasure of attending the Royal Automobile Club in November to listen to former Governor of the Bank of England Mervyn King speak about his views on current monetary policy in response to coronavirus and its effects on the economy.

I think I speak for the whole delegation of students when I say that the venue of the lecture was incredible. While there was a sense of imposter syndrome, it was an immense privilege to be able to visit a building and an establishment such as the RAC.

Lord King was keen to remind listeners that while it is important to stimulate the economy in times of hardship, we can’t keep on doing it relentlessly without expecting the subsequent high inflation attached to these policies. It was strangely refreshing to hear an experienced voice in monetary policy so willing to criticise those who currently hold power in the Bank of England – something which I suspect has been facilitated by the independence of the Bank of England under Gordon Brown’s tenure as chancellor. I thoroughly enjoyed Lord King’s speak of candour throughout the event, hearing his concerns about rising inflation levels not just domestically but also looking at problems overseas. Listening to Lord King certainly got me thinking harder about the impact of lowering the base interest rate to 0.1% and its prospective success in the long term.

A drinks reception was a very welcome touch to the end of the evening, giving Sixth Form Economics students a chance to talk to other students and professionals who work in the world of economics.